Handling temporary workers can be a tricky task, since you never know how the other person portrays himself as the part of your organization. There can be a sense of envy against the permanent employees, who may be getting better perks or incentives. Imagine yourself in a situation where you have been hired for a short-term assignment with less scope of opportunities as compared to others. Will you be able to give your 100%?

Even though the company has all the measures to ensure parity for all of its workers, it’s in the human nature to think that way. But as an employer, there are a lot of things that can be done to make temporary employees feel more important at their job position. It’s not only about how much you offer, but the way in which you offer makes all the difference. Here are some simple ways to motivate your temporary people at work.

Even though it’s a small thing to invest in gift cards and coupons, the psychological impact it can have on the person is immense. Create a competitive atmosphere among the temporary and permanent employees, so as to make them believe that they are all working towards a common goal. Reward them for their excellent job, so that they come up with even better performances in future.

A healthy incentive is much more valuable than a fat pay package, since employees love to get that bonus amount above everything else. There can be a separate bonus system for temporary workers. Say for an example, you can offer a permanent position to someone based on his performance at the end of his tenure. Or you can provide project bonus in certain percentage of the salary.

Just because you are paying someone to get your work done doesn’t imply you have total authority over that person. The employee may have already planned a vacation even before the project was assigned to him. So make sure that you have a flexible paid leave waiting for him, before he requests you for one. You can plan the leave accordingly for all of your temporary employees, so as to ensure that nothing is lost on both the sides, since accomplishing the work for a client within their deadline period is of high priority, which shouldn’t be compromised.

Reward Your Employees For Teamwork

In order to keep your temporary employees satisfied with all sorts of facilities they deserve to get, don’t forget to keep things normal with your permanent employees. There can be psychological differences between the two groups, and you need to nullify that barrier for the good of the project. This is why it’s recommended to reward the workers as a team, so as to make them believe that each and every individual has contributed their part for successful accomplishment of a project or a major portion of it. Workplace politics is the first thing that you should avert when working in teams, since it can lead to a disaster for the organization.

Recruiting the right kind of talent for your organization is not the end of the story. All the time and money invested in hiring the perfect candidate would be a waste if you are not…
Let’s be honest about this; millennials can be hard to manage, given their reputation of feeling entitled to almost everything in their lives. The lack of cooperation between employees of different age groups can turn… 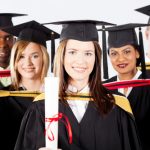 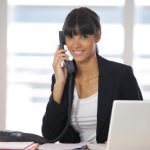 Ways To Boost Employee Engagement In The Workplace
By admin15 February 2017June 19, 2018